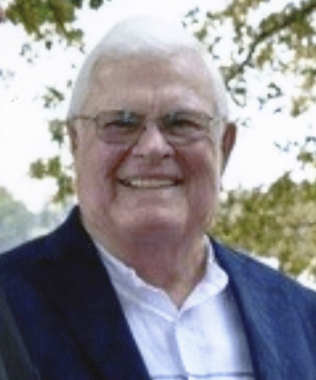 Back to DC's story

DC Thornton Jr., 79, of Rogersville, passed away Saturday, February 8, 2020.
Mr. DC was well known as a dedicated, hardworking lifelong farmer. He was a member of many committees and boards, including the Florence-Lauderdale 911 board for which he was the chairman during the last year of his life. He was also part of the Resource, Conservation and Development Board; the Soil and Conservation Board; and the Shoals Economic Development Association (SEDA). He served 20 years as the County Commissioner for Lauderdale County.
He was a 1958 graduate of Lauderdale County High School. His career began immediately following his high school graduation, with Proctor and Gamble in advertising. His job was giving out coupons, setting up displays in stores and traveling door to door giving out samples to encourage consumers across the United States to buy these breaking-edge products, from San Antonio to Boston and many cities in between.
A few years later, he came back home and began working for Blue Springs Machine Shop, Spaco Brown Engineering and Presto Lite. Finally, he came back to his calling: farming. He continued his passion until his last day.
Mr. DC was known to be a very generous and giving man. With this, he held many benefits for anyone in need to help raise money for various causes in and around his community, which he loved. Of all the jobs and titles Mr. Thornton held, his favorite was loving father. He also took pride that he was saved and baptized at Happy Valley Baptist Church.
Mr. Thornton's visitation will be 5-8 p.m. Thursday, February 13, 2020, at Rogersville Funeral Home. The funeral service will be noon Friday, February 14, 2020, in the chapel.
Pallbearers will be JR Mitchell, Jack Murphy, Wade Brooks, Justin Murphy, Matt Thornton, Morris Barnes and Kenny Brown. Bobby Walton will be officiating. Burial will be held in Ingram-Thornton Cemetery.
DC is preceded in death by his parents, Denny Sr. and Edith Thornton; daughter, Shanna Thornton Smith; sister, Betty Haraway; and brother, Buster Lee Thornton. He is survived by his wife, Lisa Thornton; sons, Tony (Connie) Thornton, Chris (Zona) Thornton and Curtis Thornton (Emilia Villalobos); daughters, Tammy (Larry) Miller, Laura (James) Newton, Nena (Kyle) Beer and Chastity (Brian) Springer; grandchildren, Colby Thornton, Adrienne Thornton, Robert Newton, Joshua Russell, Jon Russell, Tyler Newton, Dylan Cosby, Sydney Cosby, Tracy Clemmons, Daniel Clemmons, Abbi Clemmons, Nic Thornton, Connor Smith, Carson Smith, Gracie Thornton and CJ Thornton; son-in-law, Jason Smith; sister, Joyce (Bill) Steen; 11 great-grandchildren; numerous nieces, nephews and cousins; and a host of friends.
Visit rogersvillefh.com to share memories and condolences with Mr. Thornton's family.
Published on February 10, 2020
To send flowers to the family of DC Thornton, please visit Tribute Store.

Send flowers
in memory of DC

A place to share condolences and memories.
The guestbook expires on May 10, 2020.