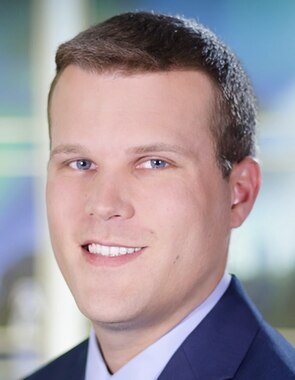 Back to Allen's story

On December 29th, 2019, the world lost a precious soul when Allen Wesley Stroud II of Madison, Alabama passed away following a courageous battle with lung cancer. He was a lifelong resident of Madison, and a 2006 graduate of Bob Jones High School. In 2019 he was inducted in the School's Hall of Fame, following in the footsteps of his father, Wes Stroud, who was inducted in 2015.

Allen graduated with a BS degree from Auburn University and was affiliated with many organizations, serving as president of Sigma Pi fraternity and the Young Republicans. He was very proud of his relationship with these outstanding young people.

He began his career with Channel 48 in 2013, fulfilling a lifelong ambition. As an award-winning journalist, he had a passion for reporting events that were impactful and significant for residents of all communities in North Alabama.

He was preceded in death by his cherished Grandmommy and Papa, maternal grandparents, Mr. and Mrs. Kelley Maurice Kirby (Atha Harman).

In memory of a life so beautifully lived and a heart so deeply loved, contributions in Allen's name can be made to The Huff Project (www.thehuffproject.org), or in support of lung cancer research to Vanderbilt-Ingram Cancer Center (https://www.vicc.org) or Clearview Cancer Institute (https://www.clearviewcancer.com).
Published on January 3, 2020
To send flowers to the family of Allen Wesley Stroud, please visit Tribute Store.

Send flowers
in memory of Allen

A place to share condolences and memories.
The guestbook expires on April 02, 2020.